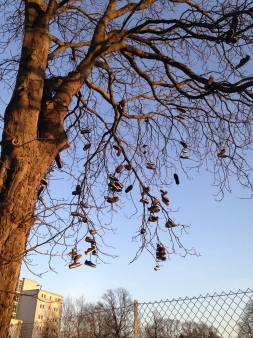 My name is Ellen Williams and I have had CRPS for 5 years. My CRPS story began 6 months after I had an arthroscopy on my left knee after a sporting injury. Being told I was suffering from an incurable disorder, which is also invisible to everyone apart from me, was a rather daunting prospect at the age of 15. For the first 2 years I was told that I had a good chance of it disappearing, as I was young and fit enough to “fight” it like it was some sort of infection. 18 months of intensive physiotherapy, on a weekly basis helped to a certain extent but not enough to click my brain back. When the physical physiotherapy stopped working, I began asking questions. My doctor was the one to give me the news I did not want, telling me that now it was unlikely to go for a long time, if ever. As a 17 year old, hoping to go to university, beginning to think of what the future it felt like nothing mattered anymore because I was never going to be able to live the “normal” future I had been planning since I was 10. Needless to say this was the first time I had got very depressed during my battle with CRPS. However this is when I began to see Richmond. He gave me and my family the answers we needed but had never been given before, that yes I may have to live with this disorder for the rest of my life but that does not mean that life cannot be as good as it was always going to be. Learning to manage my disorder has had its difficulties along the way however every bad moment was worth it when I look back at how much I have managed to achieve since the first time I saw Richmond. My family has been there the whole time, through the tears, pain and happier times however I have always wondered about how hard it is for them. I struggle to see my mum unwell so I cannot imagine how she feels having to see me in agony and knowing there is nothing she can do to stop it. The one piece of information I would give to anyone with CRPS is that it is not just the person who suffers, so if you cannot try for yourself, maybe try for the ones who love you. Needless to say I am now 6 months away from finishing my degree and am doing what I love on a daily basis. I am happy. I never thought I would be able to say that 3 years ago and that does not mean I do not have bad days, some worse than others however my daily life is happy and is “normal” for me.

This site uses Akismet to reduce spam. Learn how your comment data is processed.

You can support our work here by donating

Support UP and get your own #upandrun trucker hat

1:1 Coaching to get the best of you

Neuroscience and psychology news and views.